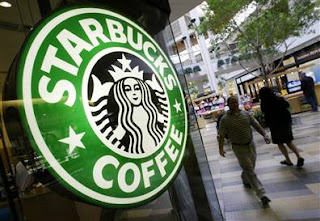 The ‘third place’, introduced by the chairman and CEO of Starbucks Howard Schultz, since he founded the chain in 1971, was a key concept that has revolutionised the coffee shops business in half the world.

Under the premise of creating an attractive, cosy and comfortable space perfect to be the ‘third place’ between work and home, it was established one of the basic foundations in the Starbucks’ marketing strategy.

The doors of the coffee shop chain are opened not only to offer coffees, but also to create a sensorial experience made, conscientiously, by the best marketing professionals. As well as coffee, the Starbucks’ marketing strategy can be experienced with the five senses:

Sight. The very well-known logo of the twin-tailed siren has accomplished its mission in 2011: to be recognised without the need of include the words ‘Starbucks’ and ‘Coffee’. After the omission of every written reference of the brand and its core article, there is a clear intention of open up the market for the brand. According to the BBC, Starbucks is planning to sell ice-creams and other drinks such as wine or beer to extend its product range. Which definitively catches our eyes are the comfortable sofas that are part of the cosy design of the furniture’s stores and reinforce the concept of ‘third place’.

Smell. The Facebook’s goup ‘Starbucks in Málaga’ define it like this: “An atmosphere really special, the coffee smell, it has a certain something that makes you feel comfortable, relax...”. That smell is not accidental, it comes from fresheners emplaced strategically which ‘invites’ us to fancy a coffee in a very subtle way and that are part of the ‘scent marketing’ that find in Starbucks one of its best examples.

Taste. Have you ever been offered a small piece of brownie just when you have pop into a Starbucks coffee shop? Marketing can be also ‘eaten’, which means more sales of complementary Starbucks’ products like cakes or sandwiches.

Touch. The Starbucks’s merchandising is placed close to the casher area, which allows you to approach to the goods while you are queuing and, of course, to touch them. This opportunity of experiencing the articles is so effective that, even at the risk of being stolen, Starbucks keeps its merchandising ‘close enough to touch’.

Earing. The Starbucks’ music selection is a key in order to create this atmosphere that invites to relax while you are reading the newspaper, have a chat with your friends or even work with your laptop. Again, we come back to the ‘third place’ concept that has been so useful to consolidate this brand worldwide.

Marketing not only outside

To create the ‘experience Stabucks’, the marketing campaign goes beyond its products and extends to the people that make up the working team: from the baristas to the district managers. It is useless a great marketing strategy if the staff don’t believe in what is selling, that’s why Starbucks insists on instil its brand culture to its ‘partners’.

At first sight, working in a international company with coffee shops in every corner must be easy. However, the reality is different to what we can intuit: the barista hiring process starts from the selection of their CV among a high number of resumes received (a number that has increased by the crisis scenario we are living in and the ‘calling effect’ that an international company involves), to the personal or group interview which combines conventional questions with others more ‘physiological’. Having succeeded the interview, the candidate is ‘invited’ to work for a couple of hours to make sure that is absolutely comfortable with all that they’ll need to do, according to Starbucks’ website.

It’s surprising that you can’t find Starbucks adverts in conventional platforms such as newspapers or television, its marketing strategy has broken out the norm and the consequences are visible. However, to be fair, we can’t forget the big push that means their strategy of expansion that gives as a result *17.009 stores over more than 50 countries. Even if you are not looking for the ‘Starbucks experience’, it’s very probable that it finds you ‘around the corner’.

Alicia Villegas
This is my first blog written in English to communicate with more people worldwide. I'll try to write the best possible but, as English is my second language, I do apologise for my mistakes. In spite of the language difficulties, I think this blog is the perfect platform to express myself and share information with you. Thanks for reading!